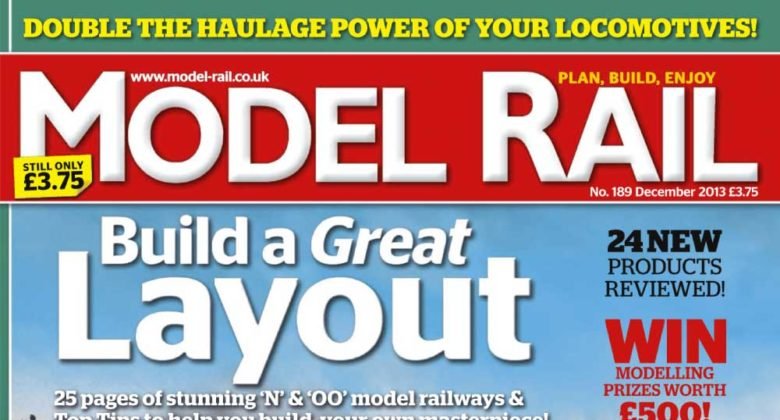 Here are a collection of reviews we’ve had by magazines throughout the years:

The WWS Pro Grass is a new static grass applicator from UK company WWS Scenery Manufacturer. It is a hand-held electrostatic grass planting device that looks like the popular Noch Grasmaster. It has a white container into which the grass fibres are placed and power comes from a pre-fitted 9v alkaline battery. Three screw-on sieves with finemedium and coarse mesh are supplied for use with the static grass lengths from 1mmm to 12mm. The fine meash is suited for the shortest grass fibre 1 to 2mm whilst the medium mesh is best for 2 to 4mm fibres. The larger Mesh is for the use with 6mm, 10mm & 12mm long grass fibres. The screw-on caps are plastic but the mesh is metal.

The tool feels very well made but how does it fare against it more established rivals?

I experimented with it on an area of Chris Leigh’s ‘Oakworth’ layout. I has planted some 2mm grass fibres on ‘Oakworth’ last year, using the ‘Mk I’ Grasmaster so, working again on the layout I was able to accurately asses how well the Pro Grass works. I tested the Pro Grass exstensively on both medium and long fibres. The fibreswere planted quickly and stood up straight. I’m pleased to report that the WWS tool worked much more effectively than the old Grasmaster and many more long fibres stood upright in the glue.

The Pro Grass also worked superbly well on the shortest lehgth fibres, which is good news for’N” gauge modellers. Having a choice of three sieves makes this a very versatile tool and it seems to give results as good as the latest Noch GrasmasterII. Its is pleasing that this tool has been developed and made in the UK by a UK Company.

So not only does the Pro Grass outperform the old Grasmaster, it also offers excellent value for money.

The Pro Grass static grass applicator from War World Scenics is made for covering large areas of terrain with static grass. It is designed to work with grass that is 4mm or larger. The applicator comes with three different sized filters for the differ- ent lengths of grass. The operation is simple: fill the container with grass, screw on the filter, attach the grounding wire to the terrain and switch on. Then sprinkle for effect on an area covered with glue. The Pro Grass applicator can also be used to make ‘tufts’ by simply putting dobs of glue on a non-stick plastic surface and applying the static grass over top. This is a professional piece of kit, and while certainly not cheap, it is very effective. The WS&S team will be using Pro Grass for our 12ft gaming board at Salute 2014.

“WWS have arguably the best range of static grass available to the UK modeler, all of which is exclusively available through the company. The range covers 1mm, 2mm, 4mm and 6mm lengths to cater for almost every eventuality and layout requirement. Supplied in quantities 0f 15g, 30g, or 100g of each type, prices range from £1.95 to £11.60. Various ‘mega’ Packs of 12 different types are available at £26, as well as Trade Bulk quantity bags. Visit www.wwscenics.co.uk to see the full range of prices and products, which extends beyond the static grass covered here.

More under development to complement this already substantial range. The ‘spring rock debris’ is particular effective, having that fresh and bright new season fell about it. Containing nicely scaled down rock chippings, this would be ideally suited to moorland, rough terrain, embankments and the like. The ‘melting snow’ is equally impressive, this being a mix of some darker colours together with the white snow to give an uneven patchy look to fields, hedgerows, etc., and ideally used with ‘white snow scatter’ to give the full effect and depth of wintery scene.

The ‘seasonal’ colours are probably the most popular as they represent the shades which will be commonly used on almost every layout or diorama. Extra flavor can be added using the variety of farm field and alpine mixes to create the array of colours, which is so often overlooked in the model railways. There is now no excuse for using only one or two shades of static grass on your layout”

Our Static Grass was test in a Super Test carried ot by Model Rail Magazines scenics expert Peter Marriott. We were tested against 14 other companies. Peter’s review on our products states.

“War War Scenics is swiftly advancing into the railway modelling market. Its UK-made range has colours and blends suitable for all seasons in 2mm, 4mm, and 6mm lenths (quantities range from 10g packes to 100g tubs). The colours are subtly realistic and the good news is that the company is to expand its range in the future”.

War World Scenics is as it name suggests, chiefly known in the war gaming arena. But its products will, of course be useful to railway modellers. Illustrated is just a part of its extensive range of glues, cleaning fluids and scatter materials.

Static grass fibres are also available in two sizes of puffer bottles, and there are also shaker jars of Forest Ground Cover and Light Green static grass. Finally, there is a length of (approx 15”0 of wire, representing loops of Razor Wire about ½ across.

War World Scenics has a wide selection of adhesives, including a fast tack glue, which dries in 10 minutes, is water-soluble and can be re-applied after just quarter of an hour. Also available is a handy bottle of Track & Wheel Cleaner, which contains isopropyl alcohol, which is dispensed by a pump-action nozzles.

WWS Scenics Formerly known as War World Scenics, this British firm is expanding its large range of static grss, including a farm field effect(in 2mm fibres) plus a patchy dead grass in 1mm and 4mm lengths.

“An impressive range of static grasses and other scenic materials are available from War World Scenics – a new name in specialist scenic supplies. The manufacture’s produces 2mm,4mm & 6mm static grasses in a variety of hues plus pre-filled puffer bottles and its own range of glues.

The pre-mixed glue spray bottle is a useful tool too offering ready to use diluted PVA* at a suitable consistency for a variety of scenic work.

War World Scenics produces a wide range of static grass products – and more – and the full catalogue is available to view on the manufacture’s website”. (MW)

* The glue submitted for review was our Premier FTG Glue, Not PVA

And receive the latest news from WWscenics.

Need some help? Request a Callback!

If you would like us to give call you back, please fill out this form explaining a bit about your requirements, and we'll get in touch at a time that's convenient to you.
WW Scenics.